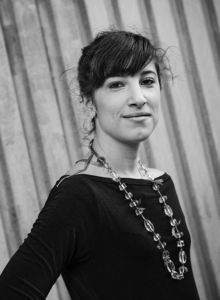 Renee DiResta is a tech entrepreneur and researcher based in San Francisco. She’s the technical research manager of Stanford Internet Observatory and a Mozilla Fellow in Media, Misinformation, and Trust.

Renee has deep expertise in the strategy and tactics of groups leveraging social platforms to manipulate communities, elected officials, and the media.

She has worked with USDS, the State Department, SSCI, and others in mapping disinformation and manipulation operations and developing counter-mechanisms, and wrote one of the investigative reports for the Senate Select Committee on Intelligence exploring Russian activity targeting the U.S. from 2014-2017.

In 2017, Renee was named a Presidential Leadership Scholar, and had the opportunity to continue her work with the support of the Presidents Bush, President Clinton, and the LBJ Foundation.

Misinformation and disinformation are not new. But our emerging dominant communication infrastructure – social platforms – have made it participatory, increased its velocity, and given it the potential for far greater virality.

This talk examines the dual-use technology of social platforms as they become tools for influence...