Alasdair Allan is a British scientist, author, hacker, maker, and journalist. An expert on the Internet of Things and sensor systems, he’s famous for hacking hotel radios, and caused one of the first big mobile privacy scandals which eventually became known as “locationgate”.

He works as a consultant and journalist, focusing on open hardware, machine learning, big data, and emerging technologies — with expertise in programming, electronics, and especially wireless devices and distributed sensor networks. He has written eleven books, and also writes regularly for Hackster.io and other outlets.

A former astronomer, he also built a peer-to-peer network of telescopes that, acting autonomously, reactively scheduled observations of time-critical events.

Notable successes included contributing to the detection of what—at the time—was the most distant object yet discovered.

We surveyed people to find the critical technologies and departments. And we chose these to create four concurrent half-hour discussions, four times over. It’s a choreographed dance of experts, ideas, and disruption. 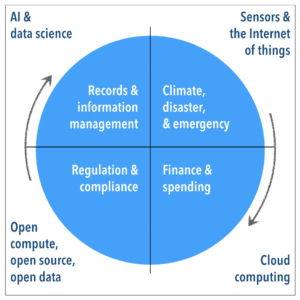 The ubiquitous panopticon of the modern world, the security threats with arguably shape the modern Internet, and our view of it, have changed the way most of us look at world. A series of almost accidental decisions and circumstances have led to a world where most things on the web appear to be “free” and in turn, over the course of the last 25 years, that has led to an aggressive erosion of...