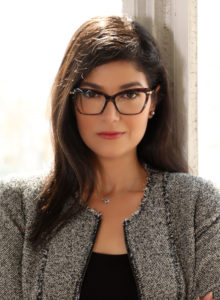 Dr. Cathy Barrera is a Partner and Founding Economist of Prysm Group, a firm that specializes in economic and governance design for distributed ledger-based projects. She is a frequent keynote speaker and lecturer on economics and DLT. Recent and upcoming speaking appearances include Consensus, SXSW, Blockchain Revolution Global, and the IBM Blockchain Accelerator. Her research on the economics of blockchain has been presented at Harvard, Stanford, UC Berkeley, DARPA, and the Federal Reserve of Cleveland. Dr. Barrera is an advisor to blockchain projects at the World Economic Forum, a Collaborator of the MIT Cryptoeconomics Lab and is an industry expert for MIT’s executive education course, Blockchain Technologies: Business Innovation and Application.

Dr. Barrera was previously tenure-track faculty at the S.C. Johnson School of Management at Cornell University, and has appeared as a seminar speaker or guest lecturer at schools including Harvard, MIT, Columbia, NYU, Fordham, Cornell Tech, University of Toronto, and University of Southern California. Prior to co-founding Prysm Group, Dr. Barrera was the Chief Economist at ZipRecruiter.

Is blockchain the key to better public/private cooperation?

Every industry relies on data. And solving most of society’s big challenges increasingly requires cooperation between the public and private sector. Poor incentive structures get in the way of cooperation: From precision medicine to political campaigning to the management of financial data such as taxation, otherwise effective collaborations can’t happen.

In this talk, economist...