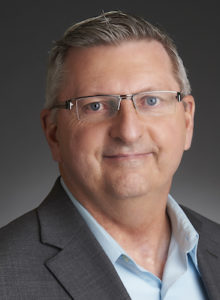 Robert (Bob) Osborn is Chief Technology Officer for ServiceNow (Federal). Bob is an accomplished senior executive who has held many high level IT leadership positions, including Director of Logistics IT for the U.S. Army G4, Deputy J6/CIO for U.S. Transportation Command, and CIO of the National Nuclear Security Administration where he was responsible for the Nation’s nuclear weapons design and manufacturing information.

He has led major IT and organizational transformations throughout his career and is an acknowledged thought leader recognized across the public sector market. As a user of ServiceNow, Bob led ITIL based Enterprise Service Management standardization within the Federal Government. Bob also served as a United States Marine Corps officer for 27 years.

How AI will change the Public Sector

Machine learning and artificial intelligence are transforming every private sector industry they touch. Whether classifying information, predicting outcomes, detecting fraud, or just automating processes, the impact of such technologies is transformative.

Adoption in the public sector has been slow for a variety of reasons—from trust concerns to uncertainty about how and where to deploy...