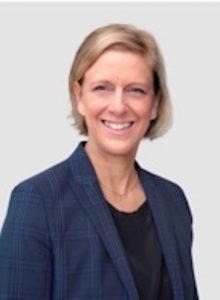 Sarah Paquet attended the University of Ottawa, earning her Civil Law degree in 1993 and her Common Law degree in 2001. Ms. Paquet started her federal public service career in the Department of Justice (DoJ) in 1997. She held various positions within DoJ including Health Canada Legal Services, before becoming Executive Director and General Counsel for the Canadian Food Inspection Agency and Executive Director and Senior General Counsel for Public Services and Procurement Canada (PSPC).

In April 2017, Ms. Paquet became the Senior Assistant Deputy Minister, Strategy Branch, at Shared Services Canada. She led the development of the Government of Canada renewed IT infrastructure transformation plan, resulting in new investments in SSC.

In February 2018, Ms. Paquet was appointed the Executive Vice-President (EVP) at Shared Services Canada (SSC). As the first EVP at SSC, Ms. Paquet is providing leadership to SSC as it modernizes the Government of Canada enterprise IT infrastructure, enabling digital services to Canadians.

Ms. Paquet is also the Deputy Minister Champion for the University of Ottawa strengthening their relationship with the Government of Canada, focussing on student mental health and recruitment. She is a strong advocate for women in Science, Technology, Engineering and Mathematics (STEM).

A move to digital government changes what we deliver, and how we deliver it, in fundamental ways. When we worked with atoms, cost forced us to accept that one size fit many; now we work with bits, every product or service can be tailored to the user. And once, leadership meant convincing others to act in the absence of information; today, it means asking the right questions of oceans of data.