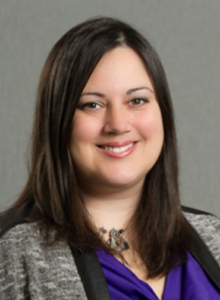 Sonia Powell has been assigned as the Service Lead for Real Property Branch’s Workplace Solutions service line since February 2016. Sonia is accountable for delivery of the $185M annual fit-up program and for modernizing the Government of Canada workplace under the fit-up standards.

Sonia started her career in Acquisitions Branch in 1993 as a procurement officer in marine procurement. She subsequently joined Real Property Branch as a project manager. She held project management positions in Transport Canada and National Defence, managing infrastructure and environmental projects before returning to Public Services and Procurement Canada in 2011.

Sonia held various positions in RPB NCA Operations from 2011 to 2016 including leadership positions as the Regional Manager, NCA Geomatics; Project Director, AFD Real Property Team; Senior Director NCA Professional and Technical Services; and, Acting Director General NCA Operations. She has been a champion of several change initiatives and has led a number of successful organizational realignments.

Sonia has received a number of awards recognizing her work in the real property community. She holds a position on the Real Property Institute of Canada (RPIC) Board of Directors and Chaired the 2016 and 2017 RPIC Real Property National Workshops.

Sonia is an engineer with a degree from Memorial University of Newfoundland, with a specialization in Naval Architecture. She also holds a certificate as a functional specialist in Real Property.

In this age of rapid disruption, Canadian government organizations have taken big strides to implement digital transformations in order to better serve the public. But to create fundamental change, these transformations must also encompass their people and culture. New insights from PwC Canada’s Digital IQ Survey reveal that Canadian executives struggle to connect the dots between citizen experience...